Posted by PublicInformationProjects at 00:11 No comments:

Posted by PublicInformationProjects at 00:05 No comments:


Posted by PublicInformationProjects at 02:24 No comments:

The Campaign for Democracy (CD) has called on South-East governors whose states were affected by the nationwide flooding, to use the Federal Government grant to them for flood victims’ rehabilitation judiciously.

This was contained in a statement issued by CD to newsmen in Onitsha, Anambra on Wednesday.

The statement was signed by Dede Uzor A. Uzor, Chairman, CD South-East Region.

The statement said that Anambra State, which is the worst affected in the zone, was given N500 million and other two states – Imo and Ebonyi – got N200 million respectively.

``Now that the affected victims have started relocating to their respective communities; government should set-up committees that would be able to utilize the money effectively.

``And also government should direct health workers in fumigating their environment to make it conducive for human habitation to avoid contracting contagious diseases,’’ it said.

The statement, however, said that it was saddening that most governors were yet to commence their post flood rehabilitation plans after a month to the time the waters receded properly in most communities in the country.

``The governors should make efforts to give money direct to families who lost their breadwinners as a result of the ravaging flood disaster".

``While palliatives in terms of food items, seedlings and fertilizers should be distribute to the entire victims,’’ it said.

The statement further urged the South-East Governors Forum, Chairman, Gov. Peter Obi to use his good office to make sure no affected community or victim would be neglected within the zone.

It would be recalled that Anambra State being the worst affected in the zone had eight council areas affected by the ravaging flood. 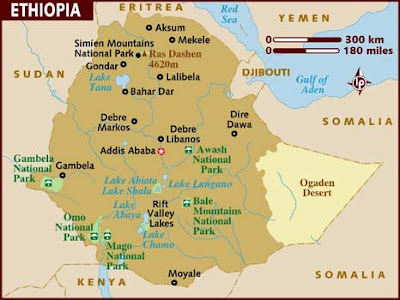 The legitimacy and viability of the minority regime in Ethiopia is the staple of conversations amongst Ethiopians and Horn analysts these days. The center of the discussions is Hailemariam Desalegn, who is said to be Meles Zenawi’s handpicked successor. I would venture to say that he is just a figurehead. As I have stated in the past the entrenched regime remains in the hands of card carrying Tigray Peoples Liberation Front (TPLF) members who are managing the government along with their foreign advisors, behind the scenes. For brevity’s sake, allow me to present these basic facts which prove my assertion that he is just a figure head Prime Minister with no real power to speak of.

1. Despite the grandiose and bombastic explanations about democracy in Ethiopia and the Ethiopian Constitution, it is clear from the statement presented by the new Prime Minister that his was an assigned post. In his acceptance speech at the EPRDF meeting, he clearly used the Amharic word “bememedebe”-which means my assignment as opposed to  “bememerete”- which would mean he was elected

2. In his speech he also told the audience that he would implement fully the letter and spirit of Meles Zenawi’s vision and transformative agenda…meaning that he does not have vision or any agenda of his own.

3. Shortly after Meles Zenawi died, while Desalegn was the Acting Prime Minister, several members of the Tigrayan nationality were given  promotions in the Ethiopian army-giving the TPLF full and effective control of the Ethiopia’s Armed Forces. Desalegn was powerless to prevent them from doing so.

4.  Fasil Nahom, who served as Meles Zenawi’s adviser has also remained as Desalegn’s adviser. It should be recalled that Nahom was a card carrying member of Menghistu Hailemariam’s Communist party for 14 years.

6.  Arkebe Oqbay, another card carrying member of the TPLF is serving as his Information Advisor.

7.  Military and Security and Economic Institutions in Ethiopia, as well as key diplomatic posts are also controlled by the TPLF.

a.   Getachew Assefa-Chief of Security
b.   Samora Younis-Chief of Staff and de-facto Defense Minister
c.  Abay Tsehaye-Another card carrying member of the TPLF, head of Sugar Sector and 10 other factories in Ethiopia
d. Seyoum Mesfin-CEO of all Chinese funded billion dollar projects in Ethiopia. Also moonlights as Ethiopia’s Ambassador to China

In a 28 April 2008 American Embassy cable entitled “Revolutionary Democracy”, Sebhat Nega explains why the TPLF must have total and complete control of Ethiopia and all its institutions.  Let us take a look at what each of them told the Americans about Ethiopia:

“…Sabhat described Ethiopia as a "pre-capitalist society" with virtually no middle class and only a minimal working class. It is incumbent on the TPLF to exhibit the leadership required to transform Ethiopia into a capitalist society. The limited middle class fuels competition within the economy which "can undermine political stability," Sabhat explained. But, the real "enemies" of the state are the "rent collectors." Therefore, "the revolutionary nationalist elite intellectuals" in the TPLF have the burden of creating an environment among the peasantry to foster the emergence of a "liberal bourgeoisie" and its affiliated political parties ("after a few elections") which will achieve Ethiopia's development objectives and thereby eliminate the need for the TPLF/EPRDF's role altogether. "Without this strategy," Sabhat concluded "Ethiopia will disintegrate…"

That is the fear mongering and lies that TPLF has used to justify its repressive hold on the suffering Ethiopian people. It doesn’t help when their new Prime Minister shares such contempt. Here is what the cable says about him:

“…Hailemariam Desalegn, chairman of the Southern Ethiopia People's Democratic Movement (SEPDM), has argued to Post that due to poor education and illiteracy the Ethiopian public is too underdeveloped to make a well reasoned, informed decision, and so Revolutionary Democracy is the political bridge by which the "enlightened leaders" can lead the people to democracy…”

Hailemariam Desalegn is said to be “educated”, “humble” and “soft-spoken”-nice qualities to have- Unfortunately he is encircled by TPLF cadres who monitor and control his every move. As a leader of a country in turmoil, and completely out of his control, what chance does he have to hold Ethiopia together? None that a figurehead can….

May God give him strength to do right by Ethiopia and her long suffering people!
Posted by PublicInformationProjects at 00:24 No comments:


Posted by PublicInformationProjects at 10:38 No comments:

Posted by PublicInformationProjects at 10:24 No comments: 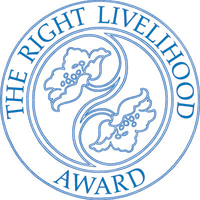 Hayrettin Karaca, "grandfather" of the Turkish environmental movement, Sima Samar, Afghan doctor and human rights advocate, Gene Sharp from the U.S., the so-called "Machiavelli" of nonviolent resistance, and Anne-Marie O'Reilly and Henry McLaughlin, representatives of the British Campaign Against Arms Trade (CAAT) will come to Stockholm next week to accept their Right Livelihood Awards in the Swedish Parliament


Posted by PublicInformationProjects at 00:44 No comments:

Posted by PublicInformationProjects at 00:37 No comments:


Posted by PublicInformationProjects at 10:23 No comments:

In the early hours of today, 26th November, 2012, at about 2am, unknown gunmen in large number attacked the premises of the Special Anti-Robbery Squad (SARS) of the Federal Territory Police Command.

Policemen on duty responded swiftly and engaged the gunmen in a gun battle that lasted for some minutes, at the end of which the gunmen were successfully repelled.

However, in the confusion that ensued, about 30 suspects in the detention facilities of SARS broke out of the cells and attempted to escape.  Tactical and coordinated efforts to re-arrest the fleeing suspects yielded instant result. So far, twenty five (25) of the suspects have been re-arrested, while five (5) suspects originally being held in relation to robbery related offences are currently at large.

It needs to be emphasized here that no suspect held for terror related charges, escaped from SARS detention facilities.  No explosive or IED-related materials were used in the botched attack.

Meanwhile, the Inspector-General of Police, IGP MD Abubakar, CFR, NPM, mni has personally visited the scene of the incident to assess the situation.  He has equally ordered a high-powered investigative panel headed by a Senior Police Officer to investigate the circumstances surrounding the incidence.

Similarly, the IGP has ordered water-tight security around all government and Police related facilities nationwide.

The Police High Command uses this medium to appeal to Nigerians for calm while reassuring them of the Force preparedness to perform its constitutional and statutory responsibilities of providing adequate security for the State and the entire citizenry.  The Force therefore, enjoins the public to continue to go about their lawful duty without fear or intimidation as adequate strategies have been put in place to guarantee the general security and safety of all Nigerians.

Posted by PublicInformationProjects at 09:51 No comments:


Posted by PublicInformationProjects at 02:15 No comments: